Winnetka Fire Station 104 celebrated the 50th anniversary of its groundbreaking on December 11, 2011 with a ceremony inviting back original participant, Ruth Richter, Miss Winnetka 1961, shown in the current and original photos below. 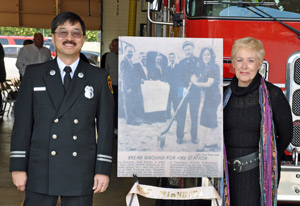 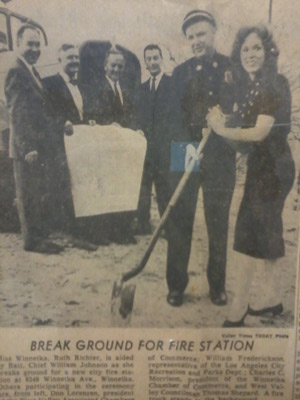 Members of the WNC helped celebrate the 50th anniversary with several current L.A. City and Fire Dept officials in the recreation of the 1961 photograph.