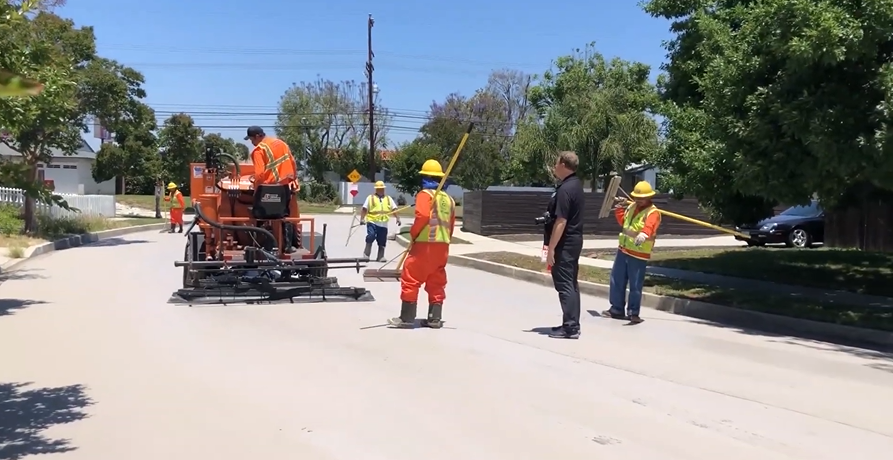 October 5, 2019 Update on Cool Pavement: Councilmember Blumenfield welcomed members of the Urban Sustainability Directors Network to the world’s first Cool Pavement Neighborhood, a unique pilot program to combat urban heat island effect. Cool pavement technology, unlike asphalt, reflects the sun’s rays rather than absorbing them into the ground. Academics from USC are currently studying the benefits of this new technology and more details will be available in the future.

At the September 2019 Congress of Neighborhoods the Mayor reported that the City’s Cool Pavement pilot program has generated more inquiries than anything else.

The City has been testing cool pavement across the City and has just recently covered a neighborhood in Winnetka. The CoolSeal mixture has been applied to Stephanie Street and the five cul de sacs emanating from Stephanie Street located just southeast of Vanowen and De Soto. In the below video, they report that the street temperature on treated asphalt is 20 degrees cooler than a regular asphalt street nearby (113 vs. 134 degrees).

In contrast to the City’s findings, CityLab recently reported on a temperature test in Sun Valley which seems to suggest that the CoolSeal coating reflects the heat making people standing on it hotter than those standing on untreated asphalt. More tests are being conducted, so stay tuned.

Watch a video on Cool Pavement: 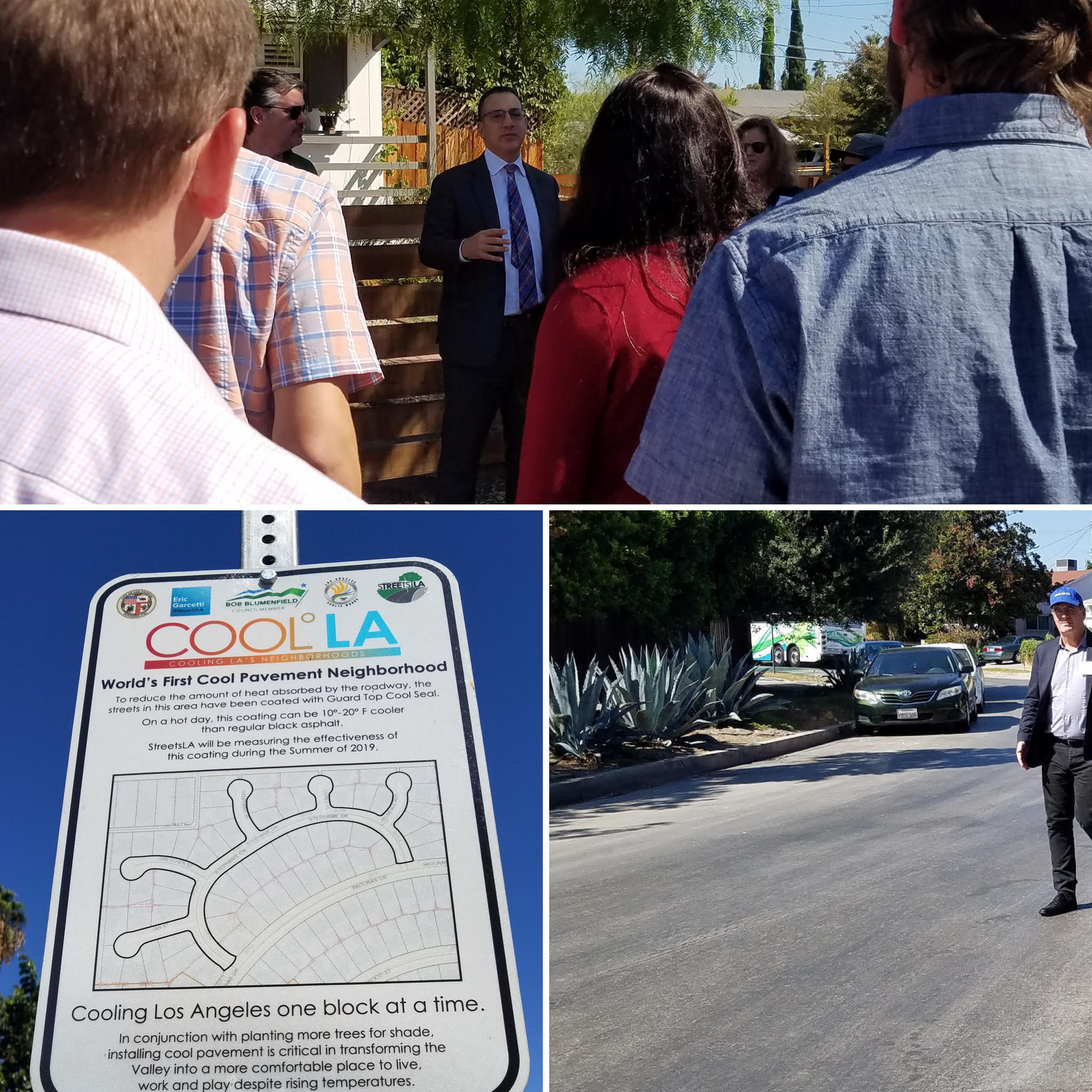