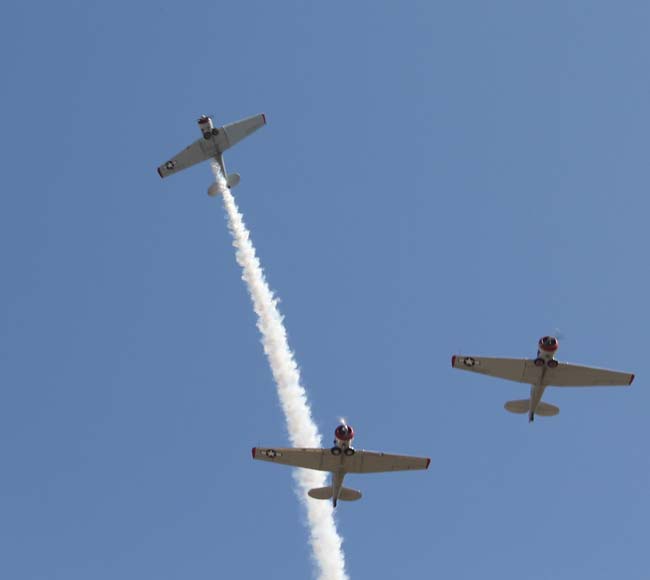 WNC Board Members Tamicka Eisley, Judith Giglio, Tess Reyes-Dunn and Victor Lerma were honored to attend the Ceremony Unveiling Joshua Cullins Way for a hero who inspired our community and its students on May 17, 2018. 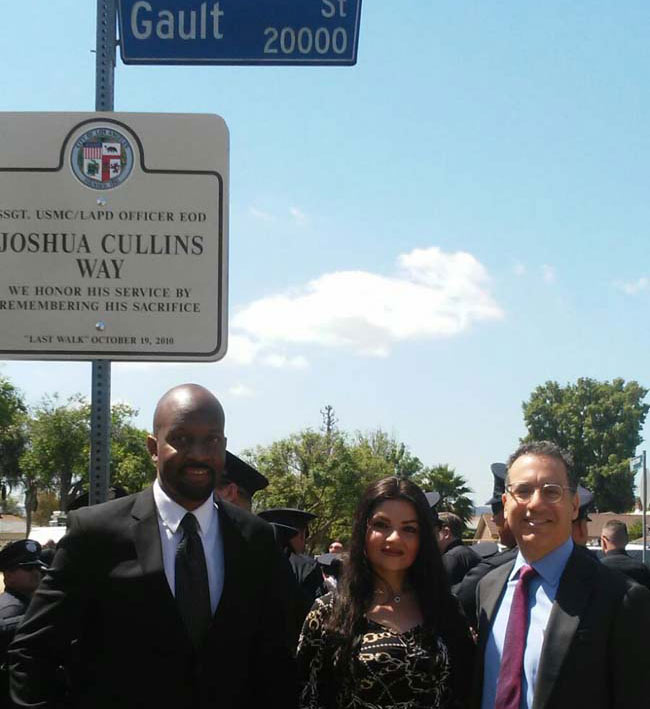 Joshua Cullins joined the Marines after high school and served for almost ten years. He then became an LAPD officer in the Topanga Division, and later transferred to the Central Division. While serving in the LAPD, he became a Marine Reservist and went to Afganistan to serve in the Explosive Ordinance Unit, finding and disabling bombs. At one point he suffered a concussion from a bomb, but recovered and was back in the field examining an exploded bomb, when another went off, killing him in October 2010. 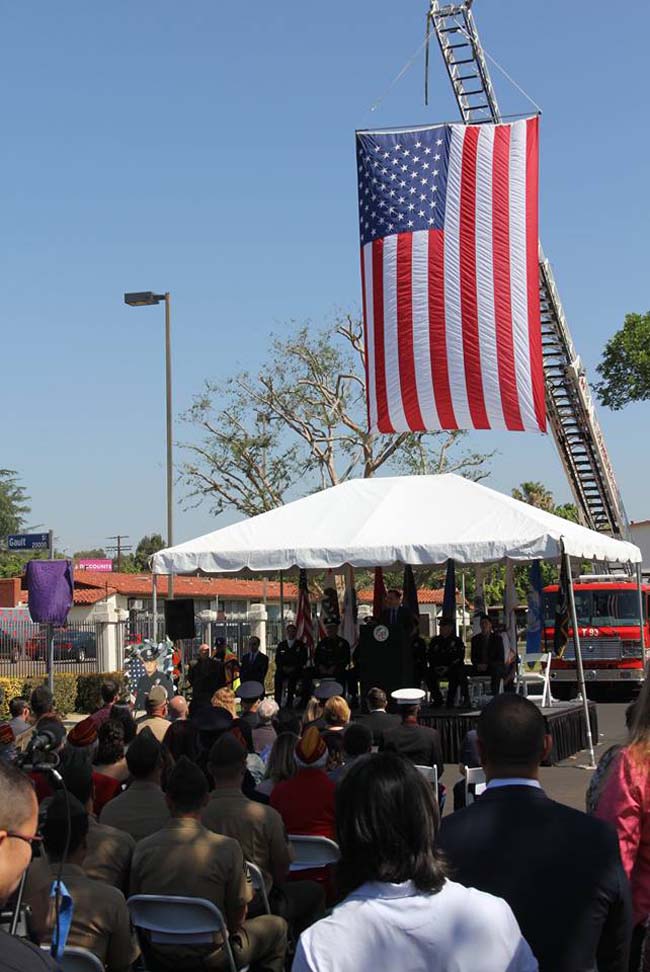 During his lifetime, he was active with St. Martin of the Fields School where some of his siblings attended. He visited the school on multiple occasions speaking to the students about community service and serving in the Marines and LAPD.

Because of his dedication to the students and his sacrifice, St. Martin’s teacher Susan Emslie, her son Sean Emslie and Gunnery Sargeant Ernie Napper sought over a number of years to honor him by changing the name of a street near the school. Finally, on October 9, 2017 Susan Emslie met Councilmember Blumenfield at the 60th Anniversary event for St. Martin’s and shared her idea. Councilmember Blumenfield heartily agreed and put forth a motion at City Council which was approved resulting in the creation of Joshua Cullins Way at the intersection of Gault St. and Quakertown Ave, next to the school.

Thank you to Jake Flynn and others who provided the photos through CD3. 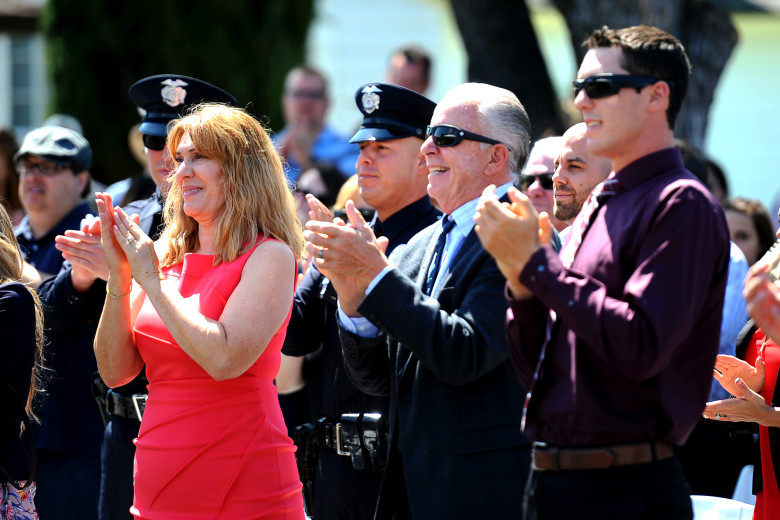 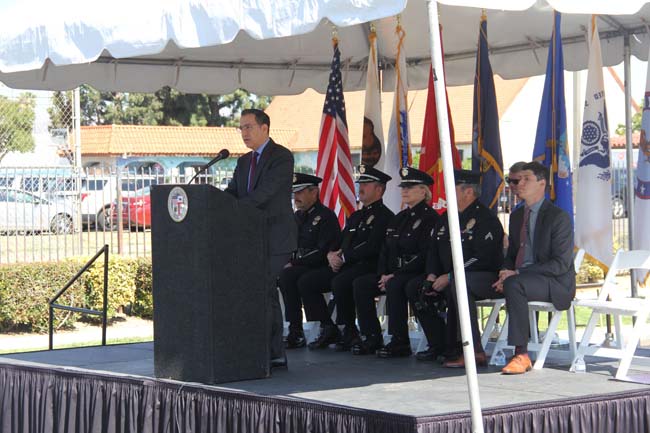 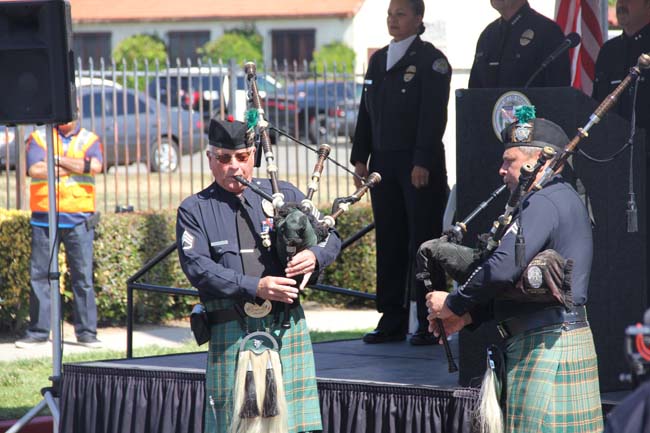 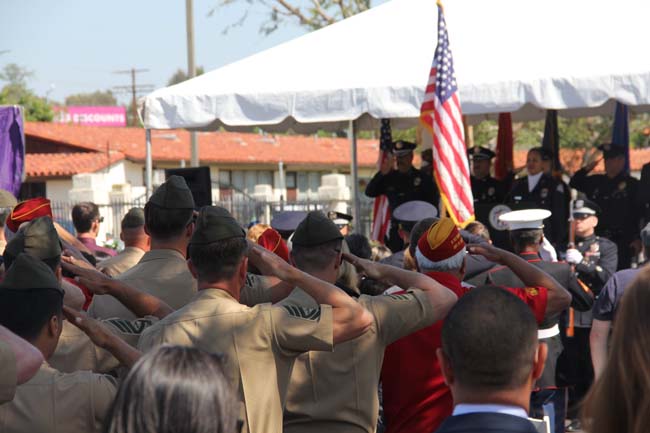 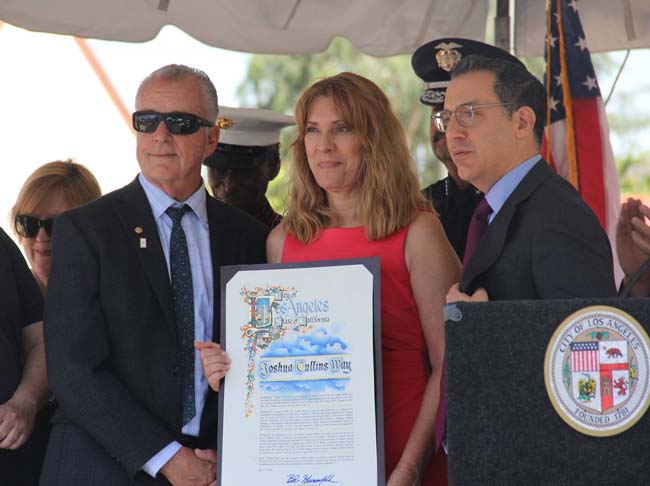 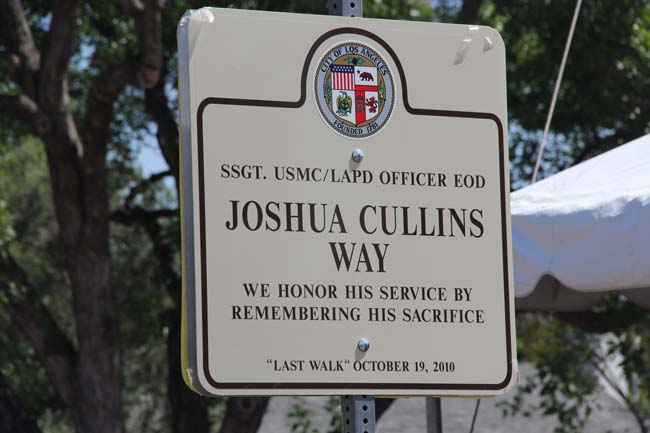 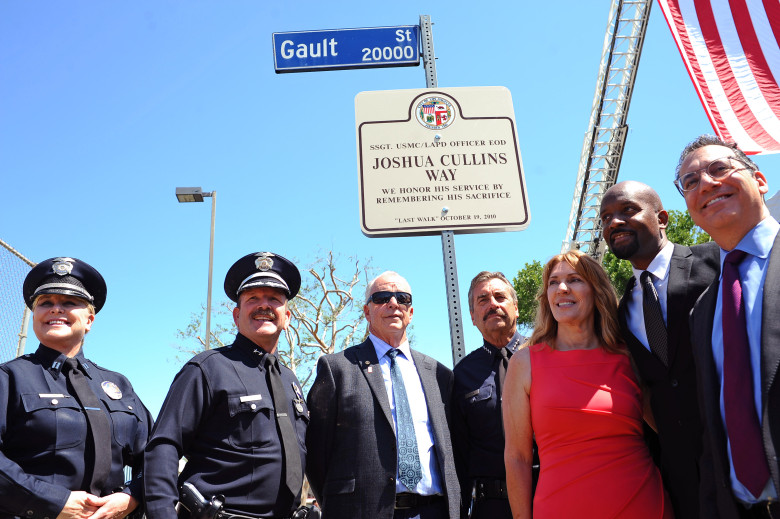 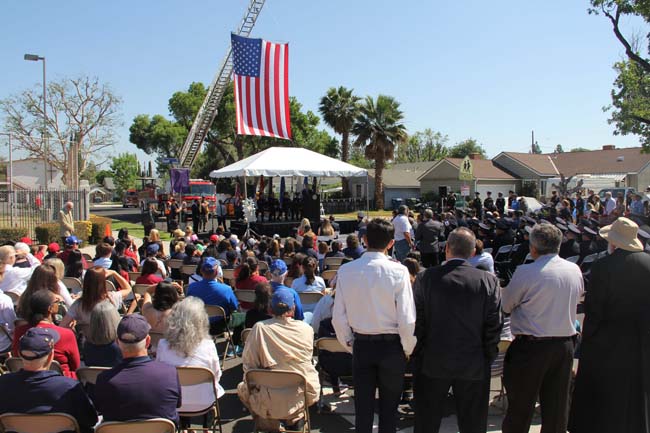 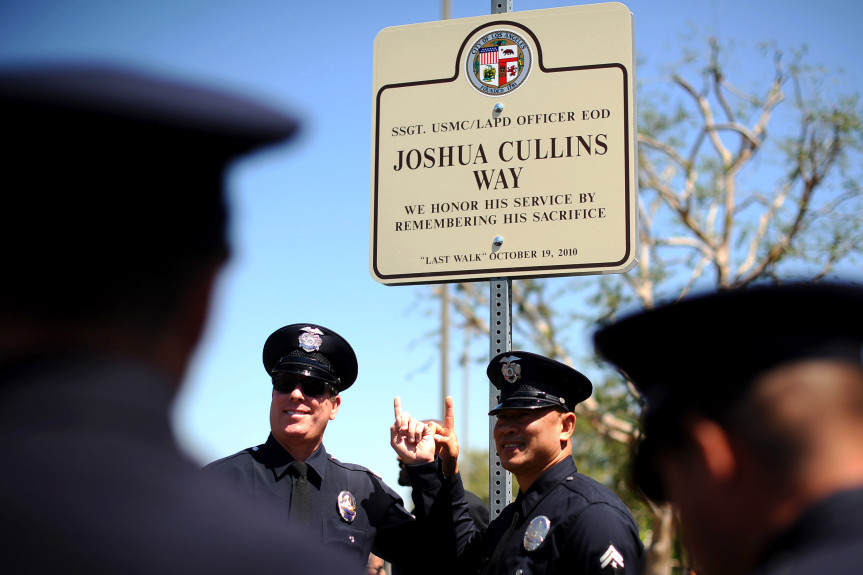 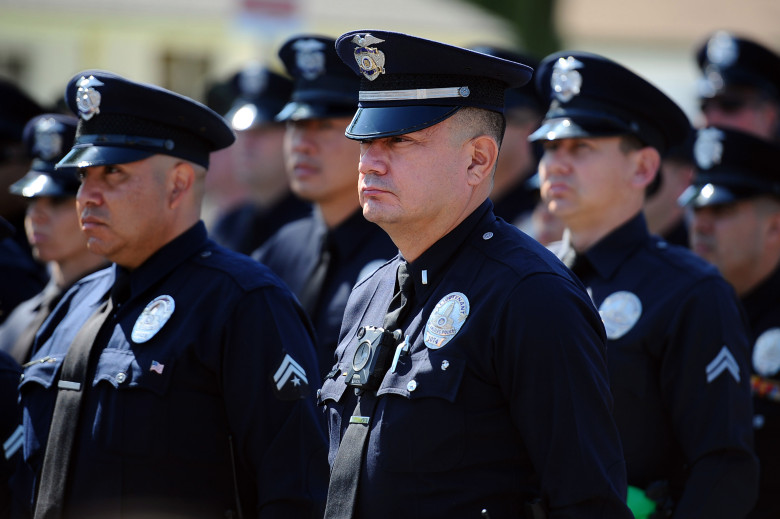