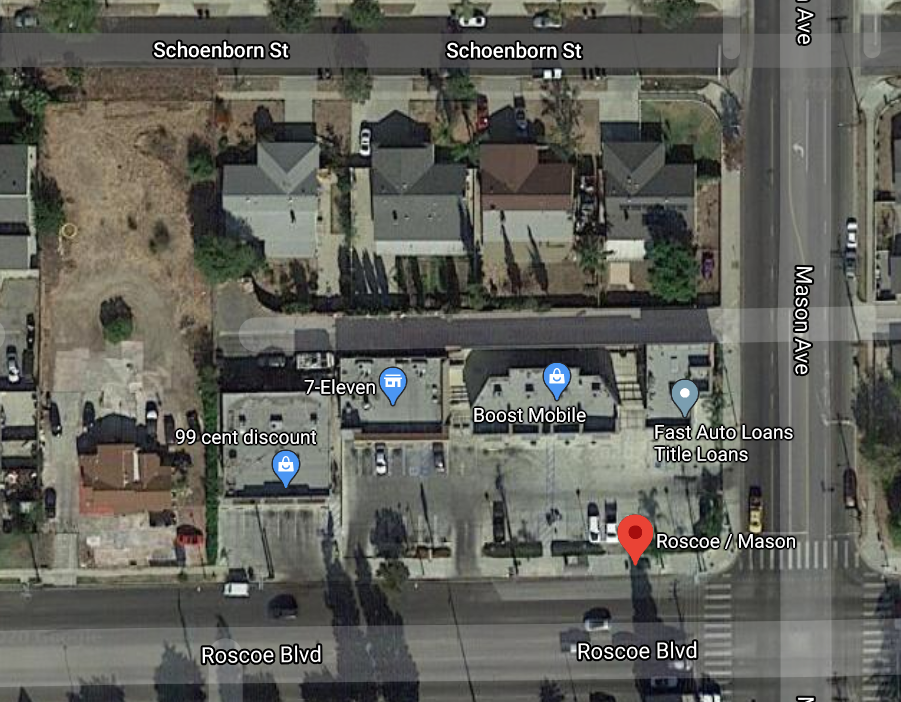 The dead end alley just north of Roscoe and west of Mason was the topic of interest at our March 10, 2020 Board Meeting. The alley provides access to businesses for trash pick up and power and water utilities. Only one of the four houses backing up to the alley has direct access to it.

Because the alley is fairly quiet with low traffic, it has been a place for persistent encampments. Rohom Tabankia of RTK Property Group, which manages the commercial center on Roscoe was on hand to explain about the problem and possible solutions. He proposed that the commercial properties could seek a permit to privatize the alley and install a gate. The costs include a substanial application fee of $32,000 to the city and the cost of the gate. Residences may wish to participate in the process and funding in order to have access via the alley. Many factors are still unknown including who owns the alley land. The topic drew attendance from nearby homeowners and residents who were on hand confirming their support for privitization.

The next step is for Tabankia to identify participation from each homeowner. We will likely agendize a letter of support for this project at our April 8 meeting.