The Planning and Land Use Committee Meeting on November 15, 2016 was uncharacteristically packed with 40+ people interested in the proposal for the “Winnetka Pit” at Sherman Way and Mason. While members of the community vary in their thoughts on the project, supporters inundated the Board with an email campaign of form letters of support both before and after the meeting.

Supporters are interested in finally getting a functioning building constructed in place of the yawning pit. They commend the project for “being committed to meeting unmet needs that the community is asking for, including environmentally-friendly building practices, maintenance of line of sight privacy to adjacent homes, additional off-street parking, affordable housing, rooftop garden boxes, a side walk cafe, and most importantly to rid the city of an eye sore, ‘The Pit’.”

Project detractors are concerned about traffic congestion along Sherman Way and Mason Ave. Detractors point out that the entrances to the property, one on Mason Ave, and one on Sherman Way (both near the corner) will cause traffic to stop at the intersection, increasing the danger of collisions at an already dangerous intersection. Additionally, detractors share a critical concern about the lack of adequate parking. Many residents living on Enadia Way and Fulbright (adjacent streets to the project) already complain about street parking by residents of apartment buildings on the north side of Sherman Way. They are concerned the new large project will increase parking issues. Residents adjacent to the property are also concerned about impacts of a taller building towering over their houses, looking into their yards, and blocking their views.

An earlier version of this article incorrectly stated the developer, Manasseh Building Group reduced the size of the project in a compromise with the Winnetka NC PLUM Committee. While it is true that an earlier proposal by the developer (prior for filing applications for variances and plan approval with the City) was reduced after negotiations with the PLUM Committee, it was eventually rejected by the Board.

Eventually, the Manasseh Building Group filed applications with the City to build a mixed use building of 61 units with 6 stories: Ground level retail, 1 level of underground parking. They are planning for a 2, 430 square foot restaurant with 20 interior seats and 28 outdoor seats, open 7am-11pm daily, which would sell beer and wine for on site consumption. This new plan is larger than the prior plan and did not include many of the negotiated items from the previous discussions with the PLUM Committee that were rejected by the Board.

The PLUM committee approved the project as presented in the agenda.

The proposal will be considered by the full Winnetka Neighborhood Council at the December meeting. 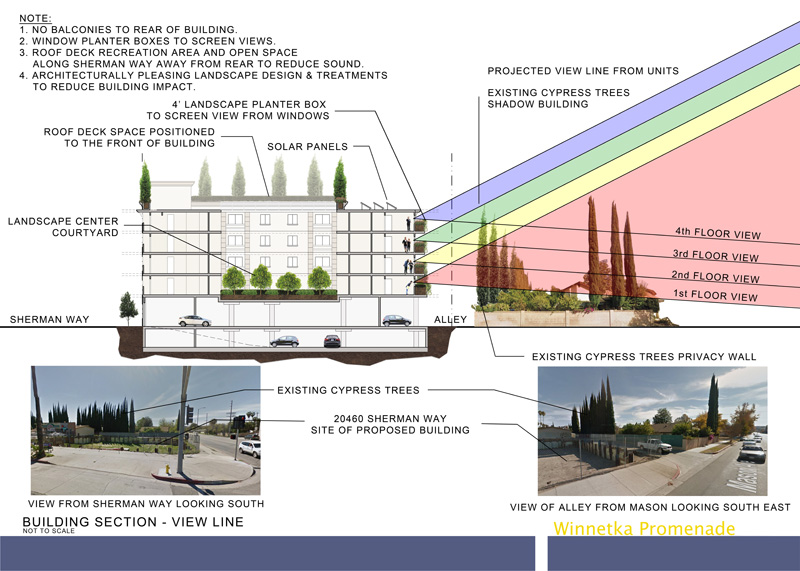 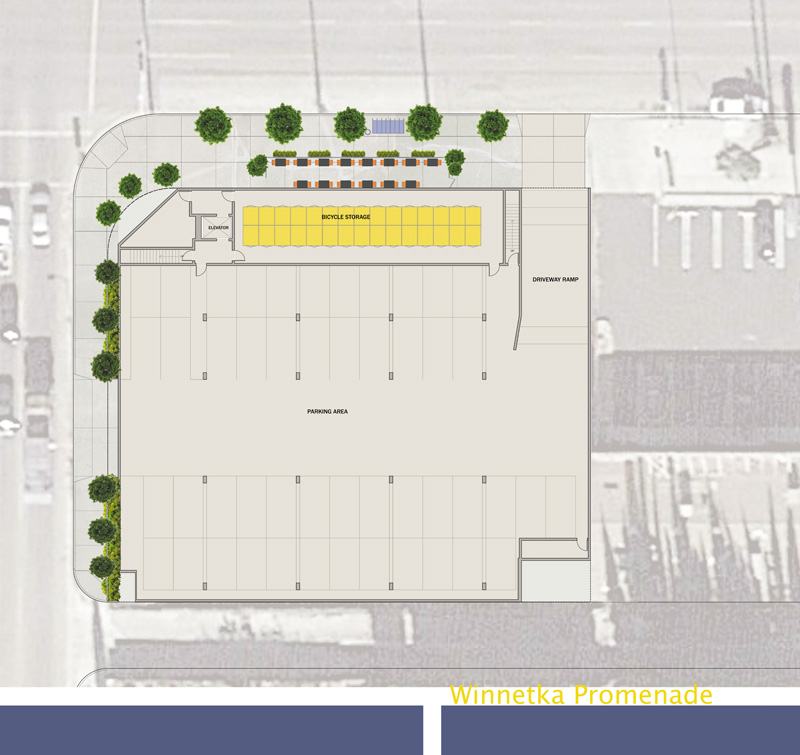 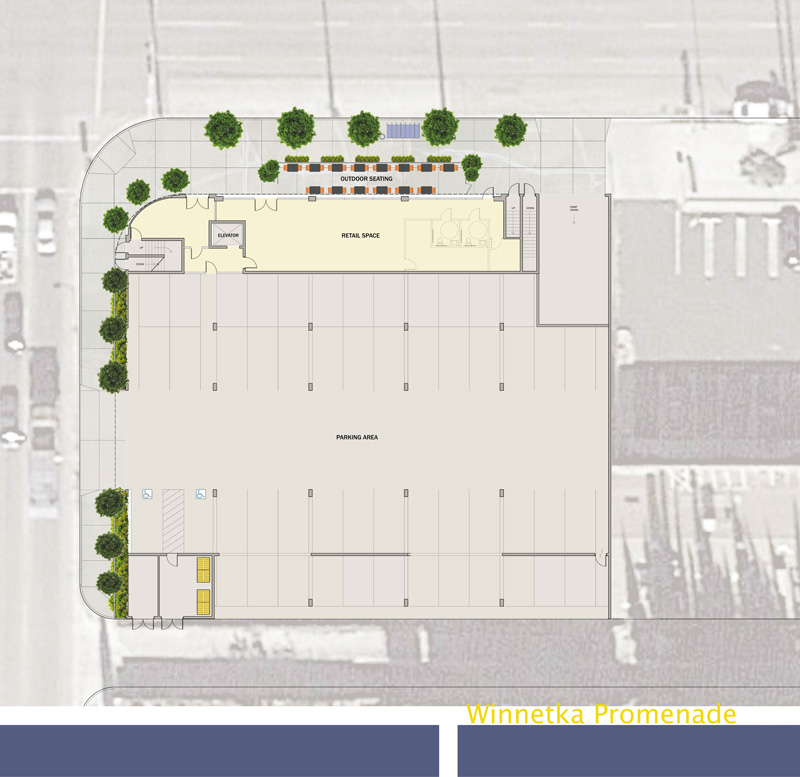 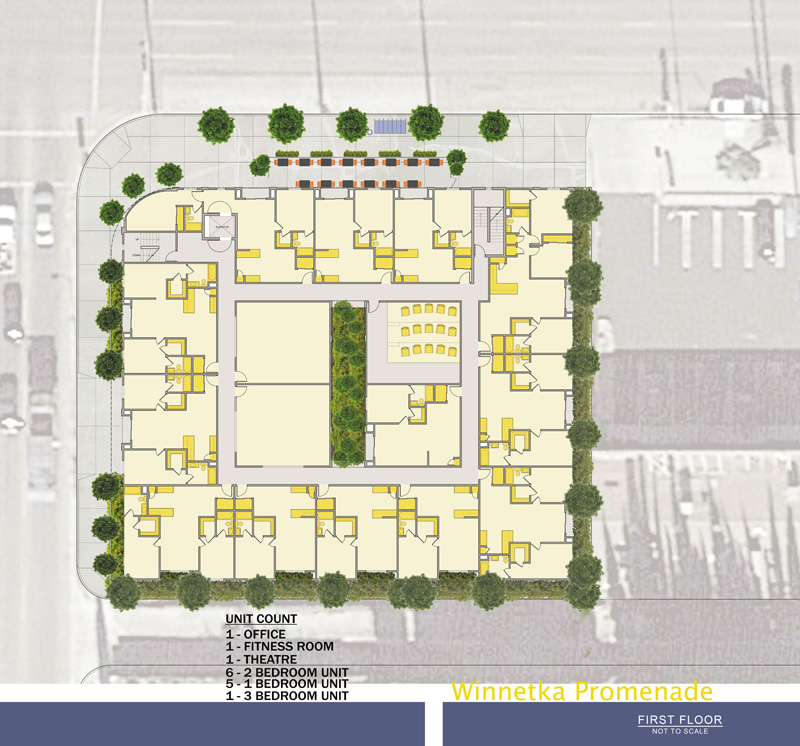 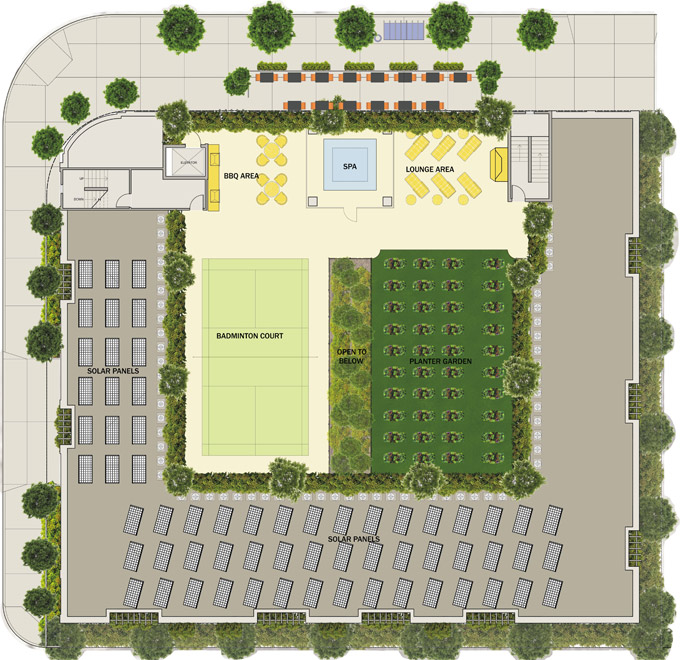 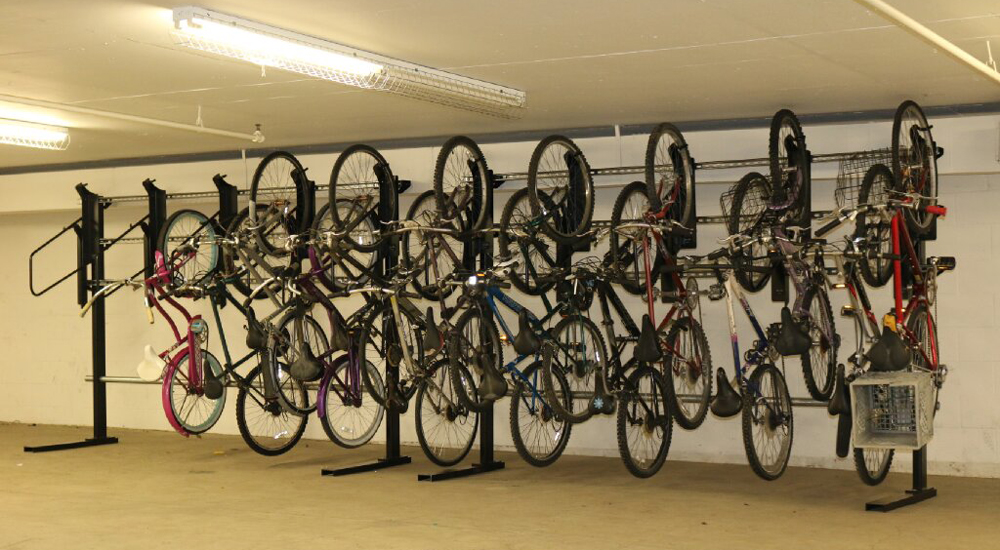